Grains, Corn, Potatoes (and even candy!) used as feed

> these animals that have been fed nothing but toxic crops grown from toxic soil – Literally everything in their system is nutritionally void!

The Question is – how do consumers at the top of this ‘empty’ food chain get any nutrients at all?

This is Why you need to be conscious of WHERE your food comes from, and PROCESSES by which they are made and sold.

That’s all folks! part 8 of 8
My next project will be a study of ‘Optimal Life Experiences’

END_OF_DOCUMENT_TOKEN_TO_BE_REPLACED 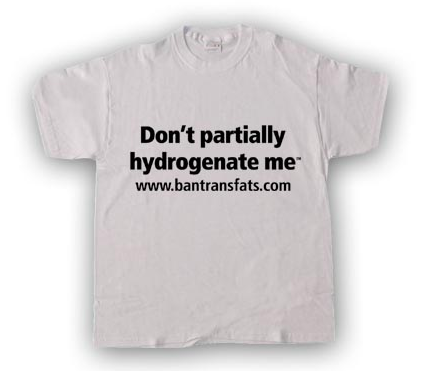 The resultant oil is Thicker

– and will actually slow down blood flow via thickening your blood!

Which forces your cardiovascular system to work really hard

– Simply digesting becomes a workout, which is NOT a good state to be in because it increases risk of heart failure and stroke.

These oils “confuse the body’s cells”

So WHY is it that these types of oils are allowed in our foods…?

The point to focus on however, is this -> what are you going to do about it?

Steer clear of these:

END_OF_DOCUMENT_TOKEN_TO_BE_REPLACED

Neither the FDA nor the USDA has any official, universal limit on heavy metals in foods, beverages, and dietary supplements sold to U.S. consumers.

= No real incentive to disclose what is actually in food

[Mike Adams] – Health Ranger – (and others) is doing a better job policing the U.S. Food supply than the entire federal government!

THESE ARE HIS FINDING:

[Organic and Inorganic forms (defined by their bonds with Hydrogen, oxygen, sulfur or chloride etc]

*”biological half-life of (organic) ingested fish arsenic in humans is estimated to be less that 20 hours, with total urinary clearance in approximately 48 huors” U.S. Centrer for Disease Control and Prevention.

*(III) Lead Arsenate (pesticide) was used on many crops, including apples in the past – the metal now remains in the soil to be absorbed by new generations of apples / other crops.

*(IV) Especially BROWN rice! +most ‘vegan health’ products marketed as good for you.

+ Chickens have been found to convert organic Arsenic into its inorganic form. <Markis KC, Salazar> Controlling the fate of roxarsone and inorganic arsenic in poultry. Journal of environmental quality. 2008.

*even energy-saving CFL fluorescent light bulbs – despite its “green” marketing – they are quite hazardous. Their curly shape actually putting them as higher risk of leaking UV-radiation.

– Thimerosal has about 50mg/L of mercury which exceeds the 0.2mg/L recognized as toxic

*(III)33 million tons of mercury pollutants emitted for power plants in the U.S.

– Cremation releases most of the mercury in our bodies

Heavy Metals, Chemicals and Additives in our Food Part 2

Heavy Metals, Chemicals and Additives in our Food Part 3

Most ‘USDA-certified organic foods’ are NOT tested for heavy metal toxins like:

= Simply implies the PROCESS by which food is grown.

Certified Organic foods can contain heavy metal toxins because these toxins are found:

How Do Heavy Metals Harm Us Anyway?

-> Detoxification is a daily process.

-> Every cell has its own detox process.

“The idea that you have to get worse before you can get better is similar to the iron-pumping slogan no pain no gain” – (Mike Adams, ‘Food Forensics: the hidden toxins luring in your food and how you can avoid them for lifelong health.’2016.)

7 TIPS FOR A HEALTHY DETOX

USE PLANTS TO FILTER AIR INSIDE

= All the benefits of exercise without all the muscle soreness!!!

ALLOW YOURSELF TO HEAL!